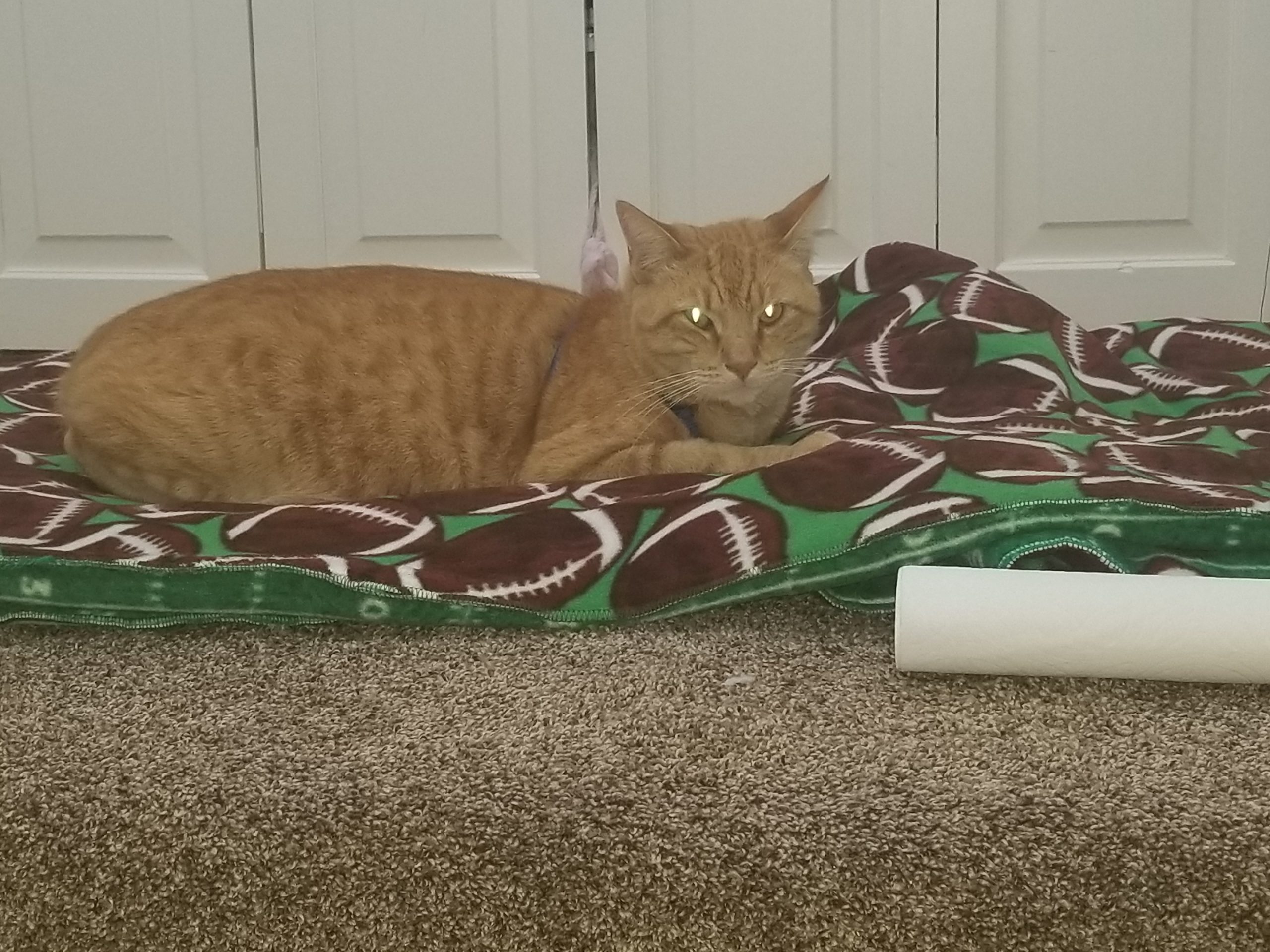 I moved into this home several months ago. When I did, several UFO’s got moved with me. A UFO is an UnFinished Object. Since I now how a sewing room in my new home, I am making a concerted effort to eliminate my UFO’s. One such UFO is a Snuggle Sack. A Snuggle Sack is a proprietary pattern I’ve developed over several years that consists of fleece, flannel, and Thinsulate. I usually machine embroider the inside, with motifs representing hobbies and accomplishments of the recipient.

I am cutting out lining pieces today while watching the Notre Dame vs. Boston College football game. There is little in the universe I enjoy more than sewing while watching football. There is freshly pressed black flannel spread out on my project table. I am trying to cut it to make the lining. Mr. Problem Child cat keeps jumping into the middle of it.

After several unsuccessful attempts at getting and keeping him off my fabric, I surmised an easier solution might be available. I grabbed the Football Field fleece throw just completed Friday night, and folded it on the ground. Then, I placed him upon it, waiting for a reaction. Two hours later, he hasn’t budged from this spot. I guess its all about learning to speak cat.

Shockingly, I was able to get my fabric cut out, now that he was not jumping into the middle of the project table.